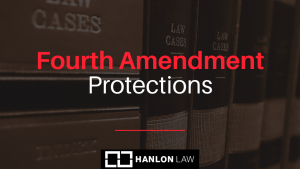 When the police conduct a criminal investigation, they will typically obtain a warrant to uncover information that is private or otherwise not readily accessible. If the police gather certain evidence without a warrant, however, it may violate the Fourth Amendment protections against unreasonable search and seizures, and the evidence may be deemed inadmissible. Not all information is protected against warrantless searches, though, as demonstrated in a recent Florida opinion issued in a homicide case, in which the court ruled that information from a third-party GPS system was not private. If you are charged with murder or a related offense, it is essential to retain an assertive Tampa criminal defense attorney who will fight to protect your rights.

The Alleged Crime and Investigation

Apparently, while the defendant generally had permission to use the car, the girlfriend did not know he took it on the night of the murder and reported it stolen. As such, she contacted her financing company, which had installed a GPS tracker, to track the car’s location. The police obtained GPS information from the company without a warrant. The information revealed that the defendant drove to the park where the victim was found on the night of the murder.

It is reported that the defendant was ultimately charged with first-degree murder. Prior to trial, he moved to suppress the GPS tracking information, arguing that as it was obtained without a warrant, it violated his protections against unreasonable search and seizure. The court denied the motion, and the defendant was convicted, after which he appealed.

In evaluating a motion to suppress evidence on the grounds that it violates the Fourth Amendment protections against unreasonable search and seizure, a court will first assess whether a search was conducted and, if so, whether it was reasonable. In the subject case, the appellate court found that a search had not been conducted because the defendant’s right to privacy had not been violated.

Criminal defendants are protected against unlawful searches by the United States Constitution, and if their rights are violated, it may lead to unjust results. If you are charged with a homicide crime, it is in your best interest to meet with an attorney as soon as possible to discuss your case. William Hanlon of Hanlon Law is a seasoned Tampa attorney who is adept at helping criminal defendants pursue the best outcome available under the circumstances. Mr. Hanlon can be contacted through the online form or by calling 813-228-7095 to schedule a conference.

If I committed the crime does that mean I must enter a plea of guilty?

Absolutely not! The American system of justice requires proof before anyone can be found guilty under the law. How much proof? Proof beyond and to the exclusion of every reasonable doubt. In other words, when you sit down with a criminal defense attorney and explain your situation he should be weighing in his mind how your case will play in front of a jury. I can assure you the prosecutor is doing the same thing. In fact, all trial lawyers (both criminal and civil) measure the strength and weakness of their case based on how they think it will play before a jury. As a consequence, whether you actually committed the crime is of no consequence. The question you want answered is whether the prosecutor can PROVE you are guilty beyond a reasonable doubt. How do you determine that? By consulting with an experienced lawyer specialized in the area of criminal law.