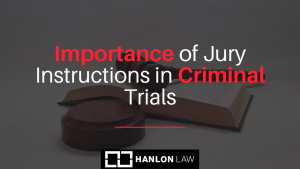 Typically, jurors possess only a vague understanding of what acts constitute a particular crime. Thus, in Florida criminal cases, the court will provide the jury with instructions regarding what factual elements the State must prove in order for the defendant to be found guilty. If a court fails to properly instruct a jury, though, the defendant may be unjustly convicted and may have grounds to seek a reversal of the conviction via an appeal. This was demonstrated in a recent Florida case in which the defendant was charged with burglary, and the court failed to provide the jury with the standard instruction for that offense. If you are accused of burglary or any other theft crime, it is advisable to meet with a knowledgeable Tampa theft crime defense attorney to evaluate what defenses you may be able to assert.

It is reported that a woman who was in the process of moving took several trips through her home and out to her car during the day. On one of her trips, she noticed the defendant standing in her kitchen in front of an open drawer that previously had been closed. The defendant stated he needed help and gave a rambling speech that lasted close to an hour, after which he left. The woman called the police, and the defendant was arrested and charged with burglary.

END_OF_DOCUMENT_TOKEN_TO_BE_REPLACED

If you are a minor charged with a crime, it is essential to understand what sentence you might face prior to deciding to enter into a plea agreement. While certain crimes have mandatory sentences, in some cases it may not be clear what penalty applies to an offense under the terms of the statute.

For example, a Florida Court of appeals recently ruled that actual possession of a gun is not required for a court to impose a mandatory firearm enhancement sentence on a minor defendant who entered a plea for an armed burglary charge.  If you are a minor resident of Tampa facing criminal charges, you should consult with a Tampa criminal defense attorney to discuss whether entering a plea agreement may be appropriate in your case.

Reportedly, a witness saw four males trying to open a car in a parking lot. She contacted the police, who responded and ultimately detained the defendant. The officers became aware that a gun had been taken from a car burglarized by one of the four males. The minor defendant advised the officer that he knew where the gun was, and proceeded to lead the officers to the gun. A second male who was detained told the officers that a third male handed him the gun and he did it in a bush. None of the men indicated who removed the gun from the car.

END_OF_DOCUMENT_TOKEN_TO_BE_REPLACED

Anyone charged with a crime in Florida generally has the right to have the case decided by a jury. Closing arguments are an essential part of any jury trial. They allow lawyers for both sides one last opportunity to summarize the case for the people tasked with determining guilt or innocence. As Florida’s Fifth District Court of Appeal recently pointed out, however, there are some things that a prosecutor can’t say during that summary.A defendant was charged with three crimes, including armed burglary of a dwelling. Prosecutors alleged at trial that he was fleeing from police when he entered into an unidentified home. Florida law defines burglary of a dwelling as the entering of a dwelling without an invitation and with the intent to commit a crime inside.

During closing arguments, a prosecutor told the jury that it was required to find the defendant guilty of the charge, even if they believed his version of the events. That’s because, according to the prosecutor, the defendant was committing the crime of resisting a police officer when he entered the dwelling. The prosecutor also said that the defendant’s demeanor when he testified clearly showed that he was guilty.